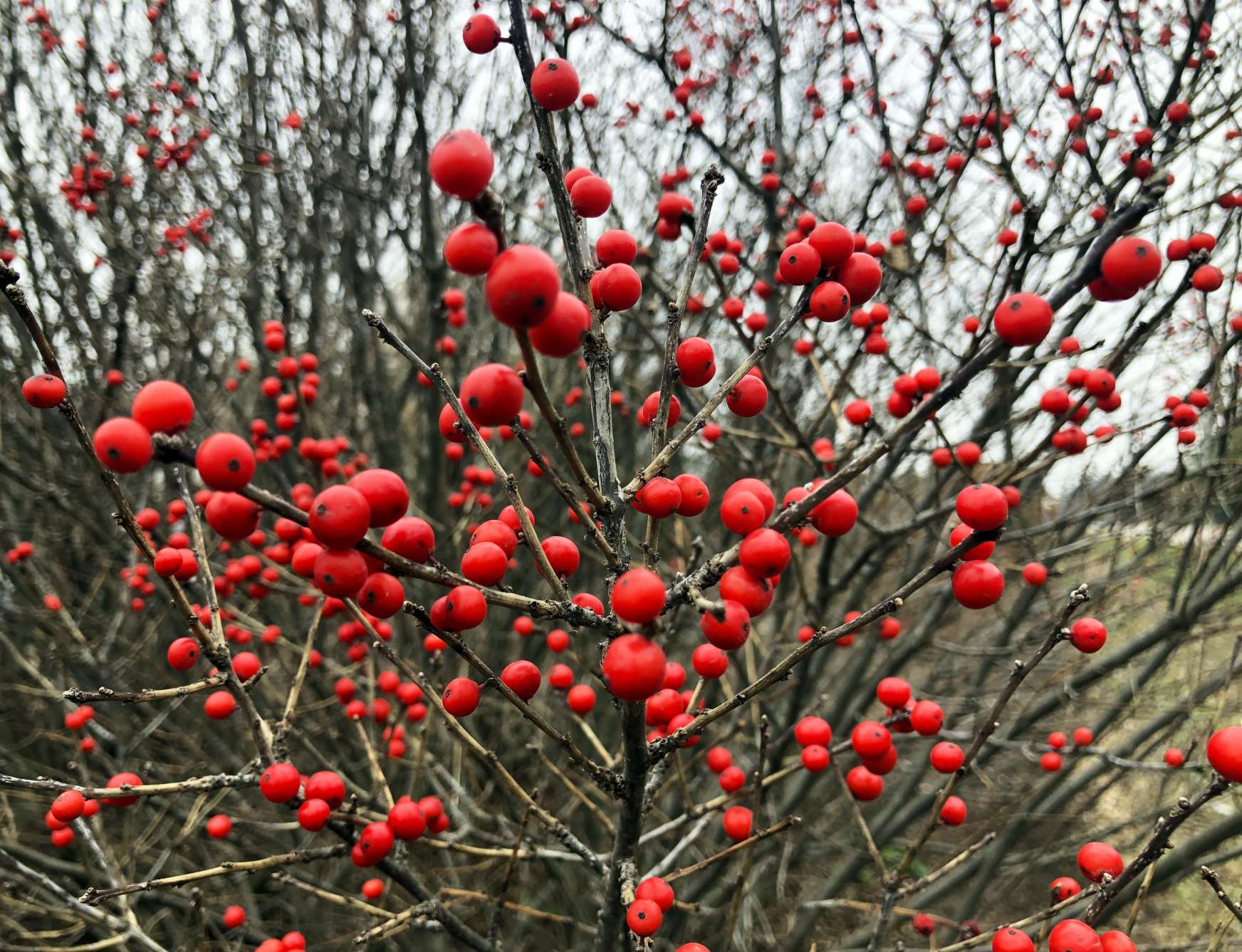 In celebration of the holidays and in anticipation of Stacey introducing us to “Berry Poppins” deciduous holly in “Plants On Trial,” on this week’s show Rick shares the story in Celtic mythology of The Holly and Oak King. In Celtic mythology, there is a dark Holly King, disguised as a wren, and his twin, the light Oak King, disguised as a robin. Every year at the Winter and Summer Solstices, these two fight for dominance. In actuality, these brothers are two parts of the same thing, the waxing and waning of the yearly cycles of the Earth. The Holly King rules the waning year, from Midsummer to Yule, and the Oak King rules the waxing year from Yule to Midsummer. The Holly King represents darkness, decay and destruction, however, also represents inner knowledge and mysteries. The Oak King, on the other hand, represents light, growth and expansion. These two mighty kings fight a symbolic battle to win the Crown of the year, at Yule when the Oak King wins, and at Midsummer when the Holly King wins. Oak trees are deciduous, meaning that they go into a dormant state during the winter months. English Christmas Holly trees are evergreen, and maintain their foliage year round. As the cold weather approached and the Oak trees lost their foliage, the Holly trees, which had been hidden amid the leafy Oaks now stood out in their full beauty in the barren landscape. At Midwinter, it seemed that the Holly King had won and his brother, the mighty Oak King, now stood naked in defeat. But, the Holly King did not really win the battle, because as the Sun begins to return once again, The Oak King rallies, and begins to re-establish his supremacy, even though it won’t be until Midsummer when the Oaks will once again be in full foliage. The battle continues at Midsummer and the Oak King appears to win, overshadowing and pushing his opponent out of sight, but once again appearances are deceptive as the Sun begins to leave once more and the Holly King rallies and begins to make his full appearance once more. Interestingly enough it is at the time when each King is in his full strength and splendor that he is defeated by his opponent.

Stacey shares with us how oak trees are so thoroughly connected with England but they have only two native species of oak – Quercus robur, English oak, and Quercus petraea, sessile oak. Compare that to North America, where we have at least 55 different species of native oaks!

Are plants able to predict the weather? Stacey quickly dispels that notion but we agree that plants like Rhododendron “react” to cold winter weather by curling their leaves as a protection mechanism (moisture loss).

As the air temperature reaches or drops below 32 degrees leaves on rhododendrons they may begin to droop or curl…as temperatures plummet further the leaves curl tighter. Water evaporates from the undersides of rhododendron leaves, and the curling is a mechanism to slow down evaporation and keep moisture. It is not normally cold temperatures that harm rhododendrons in winter, but lack of enough waterThis tendency is called thermotropism…a movement of the plant due to changes in temperature. Another example of thermotropism are plants that actually turn their leaves towards warmth (normally the sun) like Helianthus.

Why: As its name suggests, now is winterberry holly’s (known botanically as Ilex verticillata) time to shine. When you hear the word “holly,” it’s probably an evergreen tree with red berries that comes to mind. Our native winterberry holly, which we are talking about today, is not that. It’s a deciduous holly that loses its leaves in winter. However, that just serves to make its berry display even more impressive! A good specimen of winterberry holly in winter is truly a sight to behold, its grey-black branches covered in masses of bright red berries.

Winterberry holly grows native over the entire eastern half of the US, from Maine to Minnesota and all the way down to Texas and Florida, and in many areas, it’s actually quite abundant. Here in Michigan, you can’t drive any of our highways for long before you’ll catch site of one – they grow in drainage ditches, alongside ponds, and in swamps. Once you’ve kind of trained your eye to spot them, you’ll see them everywhere in winter! That huge native range also bears testament to the climate and temperature tolerances of this plant. It will thrive in hot, steamy, humid climates, as well as in the frigid North.

Who: The Proven Winners ColorChoice Flowering Shrub line has included winterberry holly practically since the beginning, because the owner of the nursery here is an avid hunter and while he was out in the woods in November and the winterberry hollies were strutting their stuff, differences between the color, size, and heaviness of the fruit set made themselves clear. But our early winterberry hollies were the same large plants that you encounter in nature – easily 6-8’ tall and wide. That’s a pretty big plant, especially for home landscaping. So we were long searching for a winterberry holly with a size that was a bit more friendly to your average residential yard and house size, and Mike Farrow was the one who brought it to us in the form of Berry Poppins winterberry holly. We mentioned Mike Farrow on the show before, when we talked about another of his plants, Arctic Fire Red red-twig dogwood. Mike operates Holly Hilly Farm in Maryland, his family nursery founded in 1959, and develops interesting new shrub varieties while he manages the nursery. Berry Poppins winterberry holly is about half the size of wild winterberries, reaching just 3-4’ tall and wide. It is one of very few smaller winterberries available, and one of our best-sellers: once someone sees one covered in bright red berries in winter, they want to have one for their own yard.

How to grow: Any time we’re talking about holly, there’s an elephant in the room, and that’s pollination, so let’s get right to it. All hollies are dioecious, which means that each plant bears either all fruit-bearing female flowers or all pollen-bearing male flowers. Only female plants get fruit, and you must have both a male and a female plant in order to get berries on the female. Fortunately, you don’t need a 1:1 ratio of males to females to get fruit – one male plant will pollinate up to five females. The males and females can be planted anywhere within about 50’ of one another, and while closer is better, this means you don’t need to position the less-showy male plant front-and-center. The male pollinator for Berry Poppins is called, appropriately, Mr. Poppins winterberry holly.

Winterberry holly is quite shade tolerant, but you’re going to want at least four hours of bright sun each day for the best flowering and fruiting. It is not a drought tolerant plant, and will struggle in very dry conditions, so it’s a good choice for rain gardens, wet soils, clay soils, and even along ponds. It is deer resistant, so good news there! If you can site it properly, it’s going to be a very easy-care plant for you. It should not be pruned at all, as there is no time you can do so safely without negatively impacting flowering and fruiting. Lots of people do like to cut some snips of winterberry holly for holiday arranging, and that’s perfectly fine, but it’s not a plant that you would keep trimmed or prune regularly. It is slow-growing, especially for its first couple of seasons, so avoid cutting substantially for decoration until the plant is large enough to withstand it.