Skip to content
Thank You Very Mulch > Garden Blog > Birds > Get out of the nest and you can’t live in the basement. 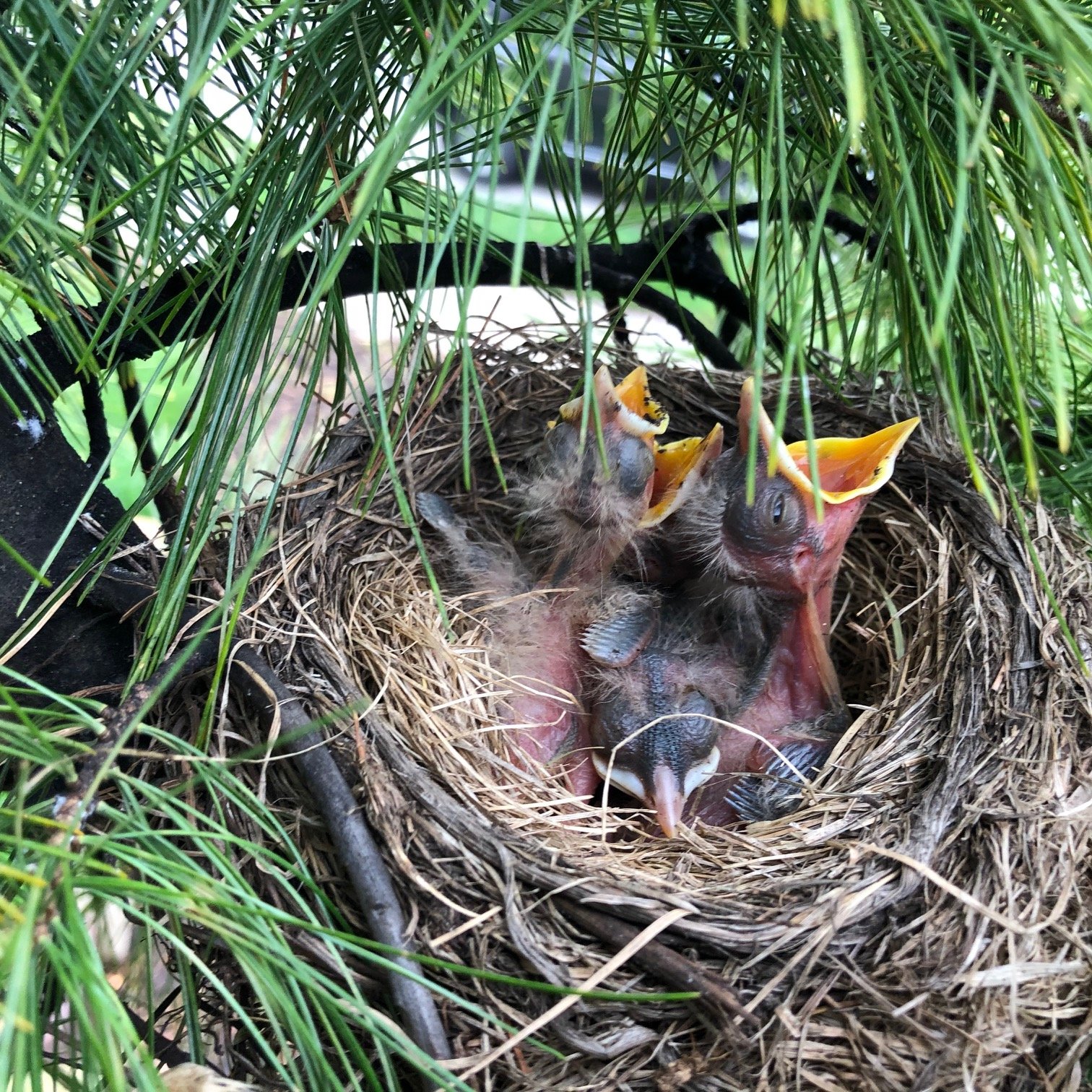 The early bird gets the worm. It’s the quintessential early bird and you can watch robins in landscapes and lawns tugging at earthworms to feed their hungry babies. I watched a robin digging for worms and hustling back and forth from the ground to a weeping white pine. In spring you know baby robins are waiting to be fed for their “short” duration in the nest (usually about 14 days) before they get kicked out for their own good. Here are the photos I took of my discovery in the weeping white pine on May 3, 2021. 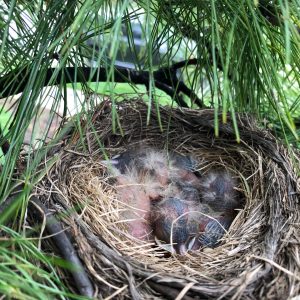 In the nest the baby robins have it easy. Rest between feedings with food delivered straight to their open mouths fueling growth. As they grow and get bigger and louder there becomes a greater risk that a predator would discover the nest. That’s why many bird species including robins hustle their young ones along eventually forcing them out. For birds that use cavities for their nests they are a little safer than open cup nests like the robin. Often the male robin will feed the fledglings while the female gets started on a second nest  (robins can produce 2 or 3 successful broods each year) which is good because only 40 percent of nests successfully produce young and only 25 percent of these make it to November. Balancing the young robins needs with the family’s safety often means the youngsters are kicked out to find their own shelter and forced to make their own way in the world. Get out of the nest and you can’t live in the basement. You’re on your own!