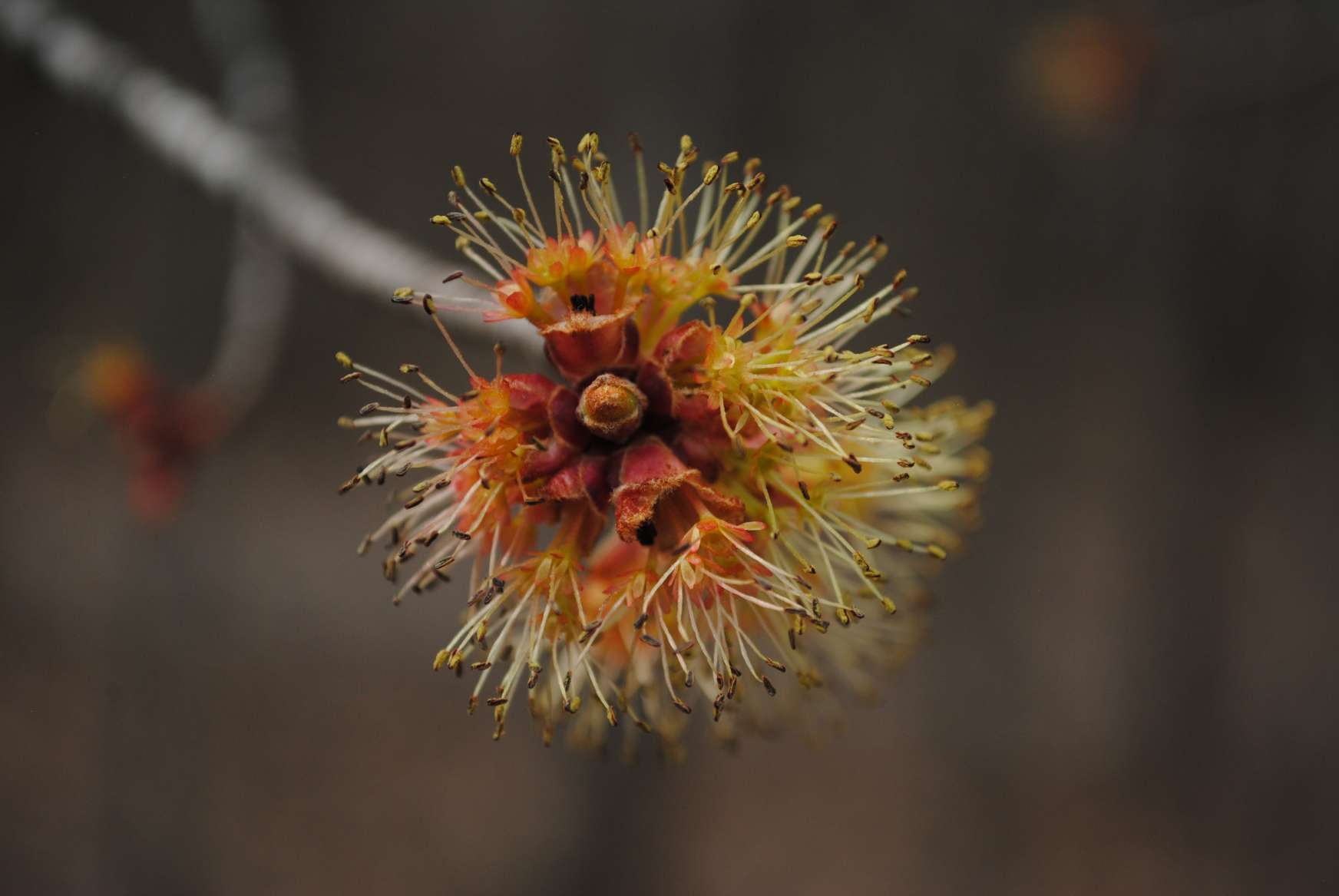 Signs of spring in the trees….First Pollen

In Michigan one of the first signs of spring is the appearance of flower buds on silver maples. The floral buds on silver and red maples open in early spring clusters of flowers. The silver maple can bloom as early as late February or early March. They are easiest spotted in the tops of trees on a clear sunny day with blue skies.
After pollination they develop the samaras (helicopter seeds) characteristic of many maples. Nascent leaves begin to unfurl at around the same time. Some of these seeds (helicopters) will germinate immediately while others can lay dormant in the soil until the following year.
Because of the large number of silver maples in our communities, the early pollen can be important to the biology of bees. Most references describe silver maple and red maple as wind pollinated, but insect pollination may be important, as many insects, especially bees, visit the flowers. Maples are primarily wind-pollinated, but their relationship with pollen-dependent insects is also important. To insure that fertilization occurs at all, the trees fill the air with pollen, much to the chagrin of people with allergic reactions in sensitized individuals. Since these trees are among the first to flower in the spring however, they provide an early and much-needed pollen source for emerging bees and other insects.

Here are some images of early season maple buds or “flowers” (click on images to enlarge) by Mike Connor from https://honeytreenursery.com/