Skip to content
Thank You Very Mulch > Garden Blog > Kick in the Plants! > A plant with a rich history…Baptisia 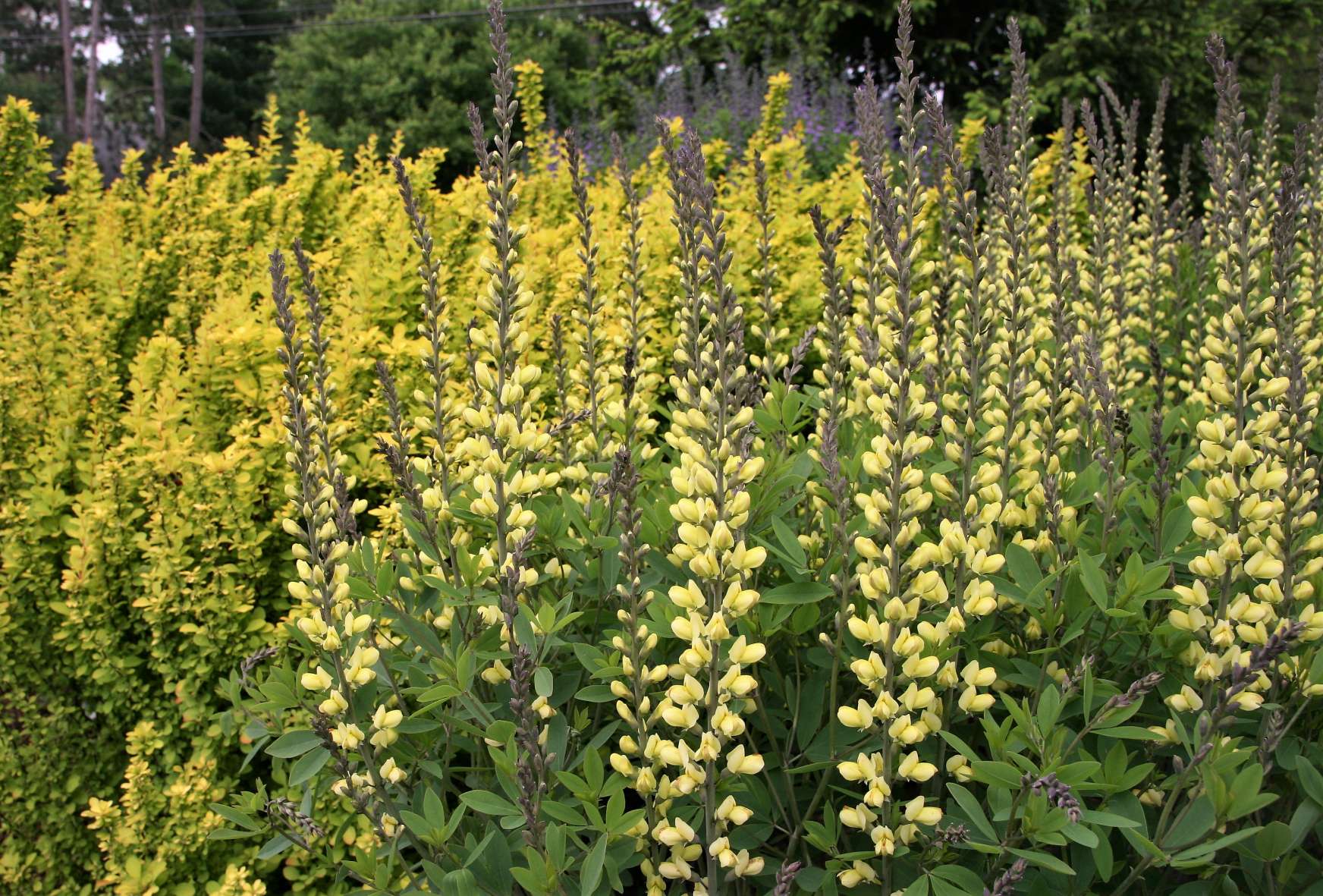 Baptisia australis or “false indigo” is native to North America from the Hudson Bay in Canada to the Gulf of Mexico in Texas. A hardy and herbaceous perennial it seems to grow well in both northern and southern zones. The plant has never tried to pull the wool over anyone’s eyes so the moniker “false indigo” seems somewhat unfair. Baptisia australis has always been used as a dye but considered “inferior” to dye made from “real” true indigo, Indigofera tinctoria native to Asia. Settlers to the New World saw native Americans were dyeing things blue with a different kind of plant, and called it “false indigo.” Not as effective as the true indigo plant, necessity is the mother of invention so they named it false indigo and the rest is history. The Baptisia element of the name comes from the Greek root bapto- meaning to dip or to immerse. The plant was called Baptisia because people were dipping their fabrics or cloth in juice extracts. Humans throughout the years have used indigo dye to impart a lasting blue color to a wide variety of textiles. Blue is my favorite color and considered one of the most desirable if not the most desirable color in the garden. From blue flowers to blue jeans the color has a rich history.

In the 1700’s the British Empire’s appetite for the color and blue dye went well beyond the supply of Indigofera native to the West Indies. Real life reality of supply and demand was a damper as there was too little of it to supply demand. Soon the English remembered the colonies across the ocean and learned native Baptisia could be used as a substitute. The quality was not as good but you do what you have to do. They dubbed the plant false indigo and in the spirit of commerce it became an important export. If you think the first subsidized agricultural crop in America was tobacco, corn or cotton you would be wrong. It was the color blue as in false indigo.

From an economic standpoint the colonies output enhanced the larger British economy and supported the expansion of the British empire. What could possibly go wrong? With indigo plants one couldn’t eat it, smoke it, feed it to animals, make it into clothing, or build a house out of it. The process of extracting the dye from the plant was costly, time consuming, and labor intensive. In 1775, South Carolina exported more than one million pounds of dried indigo cakes to England. Indigo cakes had fared better than tea during diplomatic tensions. Can you imagine a tea party demonstration with indigo dye ending up in the harbor?  It would have been colorful that’s for sure. Indigo business was good in 1775 but immediately followed by a near collapse of the industry the following year.  The commencement of the American Revolution put a wedge between American farmers and British customers and certainly a damper on business.

The color blue has a calming effect in the garden and in tight spaces. Baptisia today as a landscape plant thanks to plant breeders has evolved into an array of color choices and varieties that go well beyond “indigo blue.”