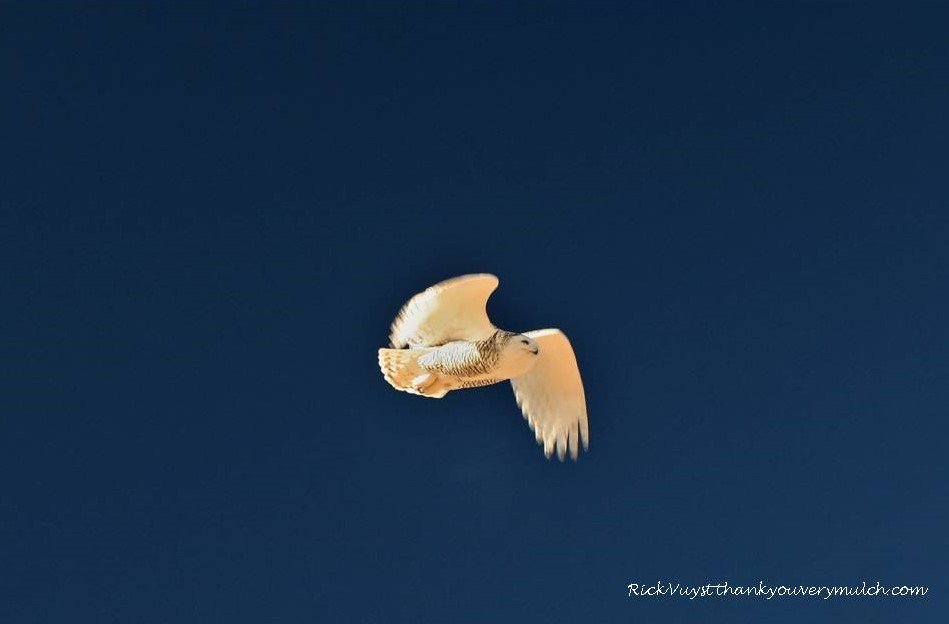 A gallery of 6 snowy owl photos I took on Sunday January 13, 2019 at Pere Marquette Beach Muskegon Michigan. In some years, some North American Snowy Owls remain on their breeding grounds year-round, while others migrate in winter to southern Canada and the northern half of the contiguous United States including Michigan. Snowy owls are territorial on their breeding areas, and sometimes their wintering areas as well. Some Snowy Owls defend their winter territories fiercely, even engaging in combat with other Snowy Owls. Some banded Snowy Owls return to the same wintering site year after year.
Unlike most owls, Snowy Owls are diurnal, extremely so. They’ll hunt at all hours during the continuous daylight of an Arctic summer. This owl shows up irregularly in winter to hunt in windswept fields or dunes like Pere Marquette beach Muskegon Michigan. They spend summers far north of the Arctic Circle hunting lemmings, and other prey in 24-hour daylight.