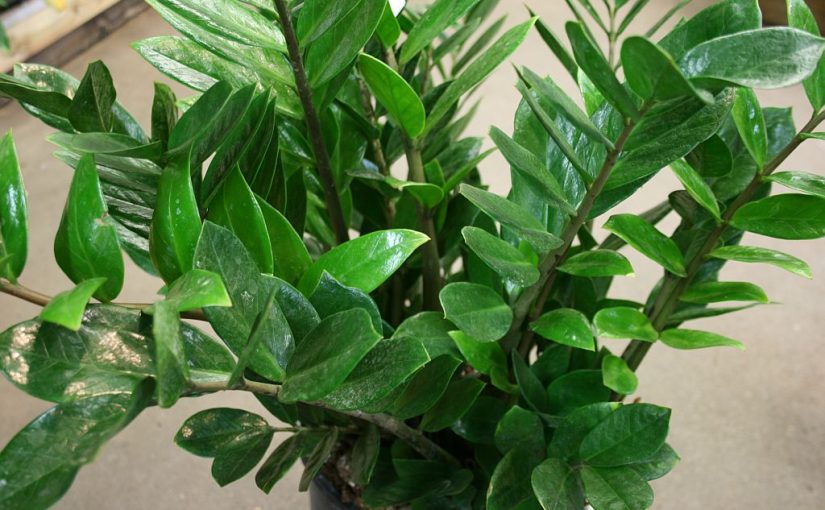 As always some stress will reveal character and in the case of plants show how well grounded they are. Plants with fibrous and shallow roots tend to be less adaptable or easy to grow than those with tuberous, thick or rhizomatous roots. When people complain of their vines not blooming or their houseplant’s demise the root of the problem is exactly that, the roots.
Take as an example a couple of houseplants that are the closest living thing to plastic known to man. The Zamioculcas zamifolia and the Sanseveria plant. Often seen in office environments or airport terminals these two seem to thrive on neglect. Both have thick waxy leaves and low rates of transpiration. You have to however look at the business end of these plants to see thick roots, in the case of a ZZ plant tubers allowing it to go long lengths without water.

Adaptable to harsh environments the ZZ plant is native to Africa and found from Kenya to Zimbabwe to South Africa. Considering its native environment you can see the plant adapted to long periods of drought in between wet seasons. For those restless, easily bored or with a great need to nurture this is not the plant for you. Unlike a vine this plant is slow growing and content to simply exist in a well lit corner. Pest resistant and a stable household friend, homeowners tend to kill it with kindness. Kindness as in water, too much of it. They feel they have to do something to demonstrate they care resulting in a permanent rainy season for the plant. I recommend talking to it or better yet get it a card and rotate it a quarter turn from time to time. You’ll both feel much better. It’s an expensive plant to kill because it is a slow grower. Because it takes time to get to size growers charge more for the plant. Similar to Aspidistra also known as Cast Iron plant, or Rhapis excelsa known as Lady Palm their methodical slow growth make them durable but expensive for the homeowner. If you’re just going to kill them with water they might not be the plant for you.
Sanseveria is a colorful character known for their diversity, usefulness and lasting quality. The genus Sanseveria consists of numerous species and varieties with flamboyant often variegated sword like foliage as flashy as the man they were named after.

Raimondo di Sangro Prince of Sansevero was the world’s most interesting man long before the advent of beer marketing, or at least Raimondo would tell you that. It is said he dabbled with numerous inventions from super lightweight cannons to fireworks, hydraulics and water proof capes and other bizarre experiments. He was the Prince of Sansevero and lover of knowledge willing to testify of his prowess and fame. He would have been pleased that a Swedish botanist named the Sanseveria plant in his honor. A tough hard to kill houseplant it lives as long as the legacy of Raimondo provided you don’t kill it with “kindness.”

A renowned office plant ideal for indoor air purification qualities, its tough, dogged obstinance and resolve is reflected in its common names Snake Plant, Snake’s tongue, Devil’s tongue or Mother-in-laws tongue.
From ZZ plants to Sansveria and flowering vines, sometimes we have to show them who’s boss to get them to behave. Kindness is a virtue but sometimes too much just makes us soft.