Fall officially arrived at 10:49 AM on Saturday September 22 with the fall equinox. After a hot dry summer I think a lot of people are ready for some cool fall weather. We decided to celebrate with Pumpkin Smash 2012. After this summer’s drought it seemed appropriate considering a pumpkin is 80% to 90% water. We rang in the fall season similar to the New Year’s Eve ball drop by dropping a giant pumpkin on it’s gourd to celebrate the moment! 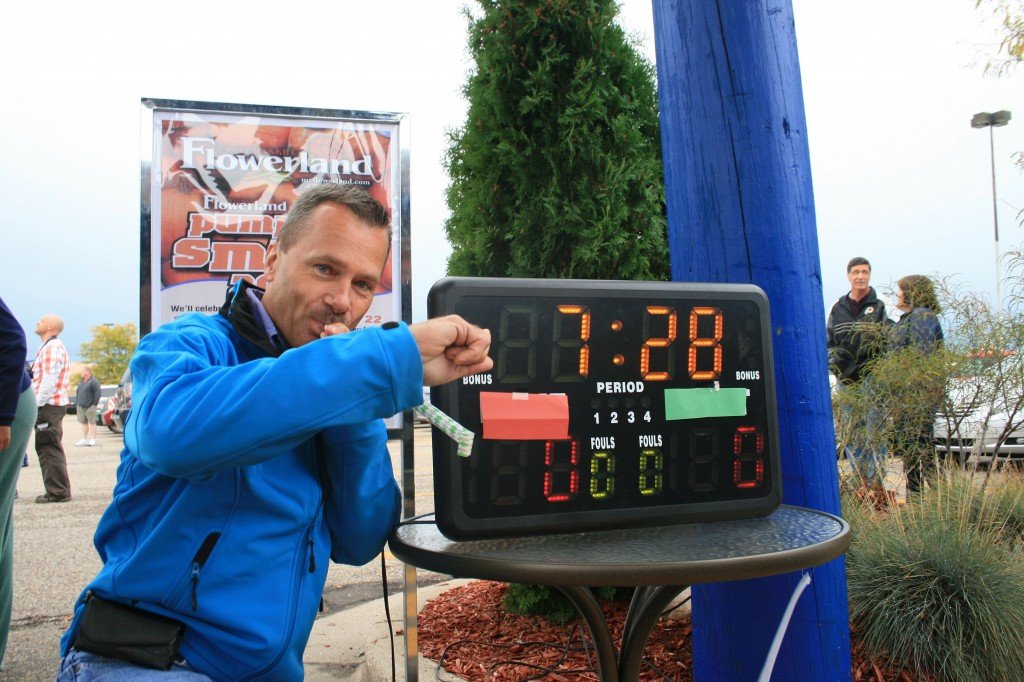 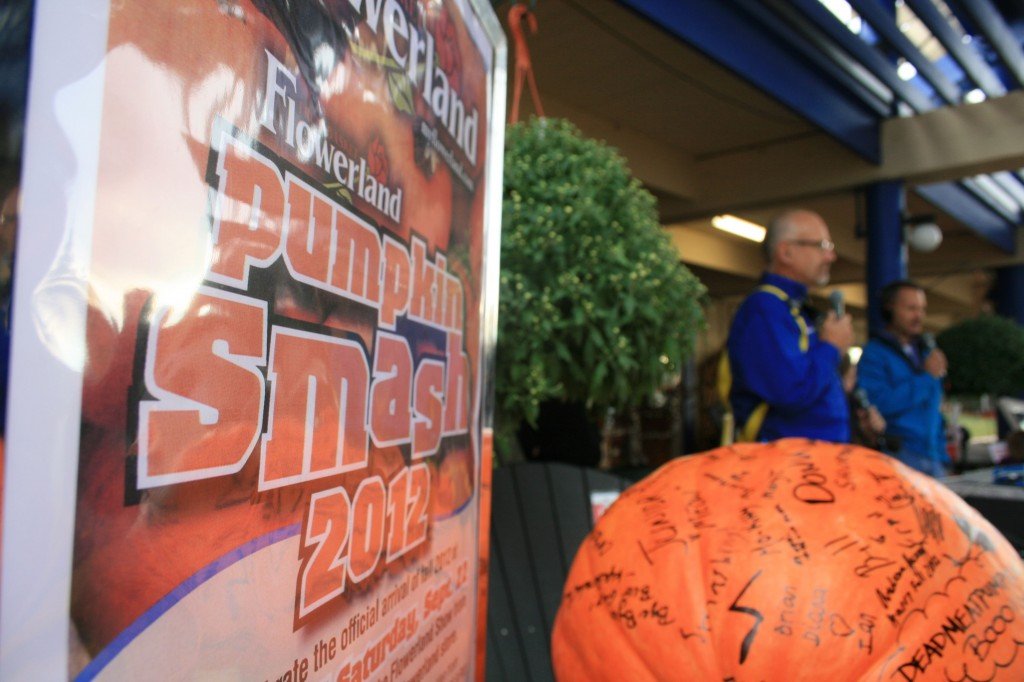 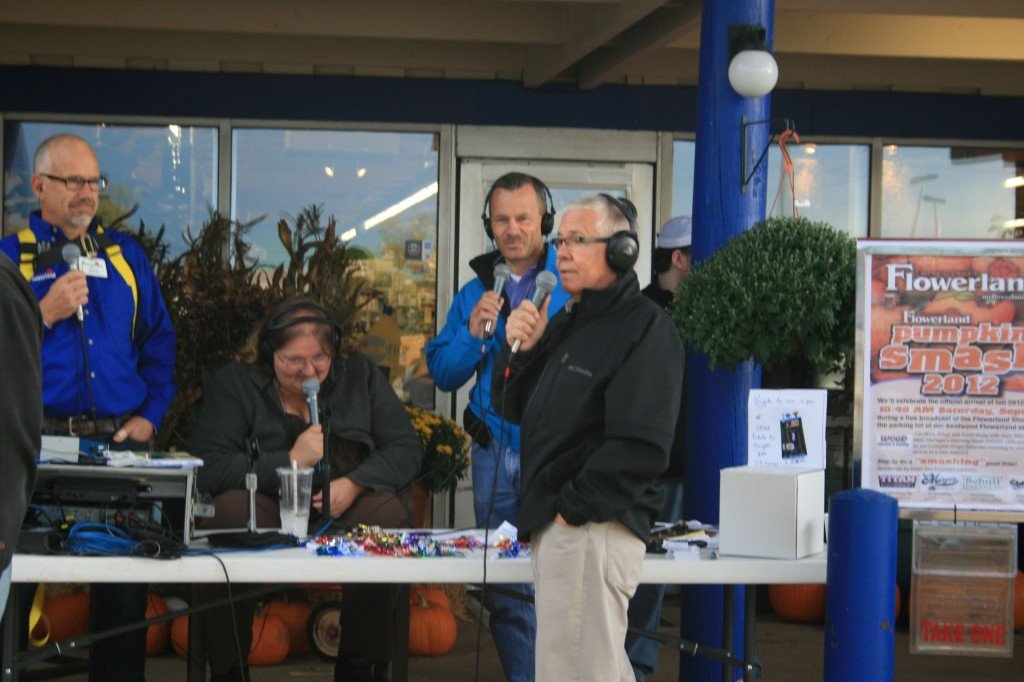 Flowerland Show on the Air 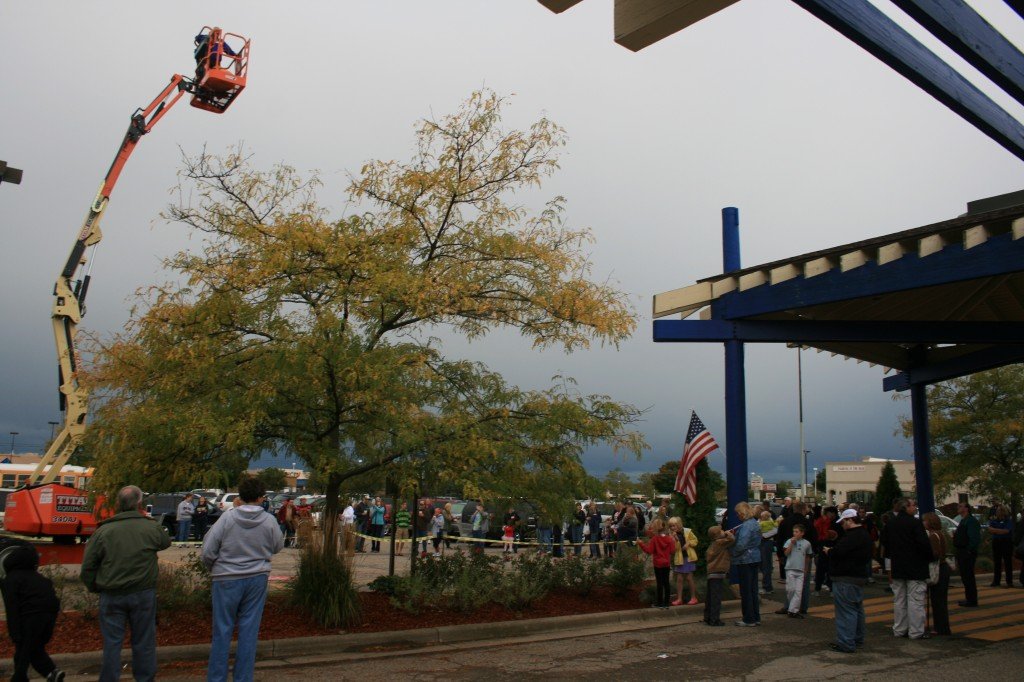 Preparing for the drop 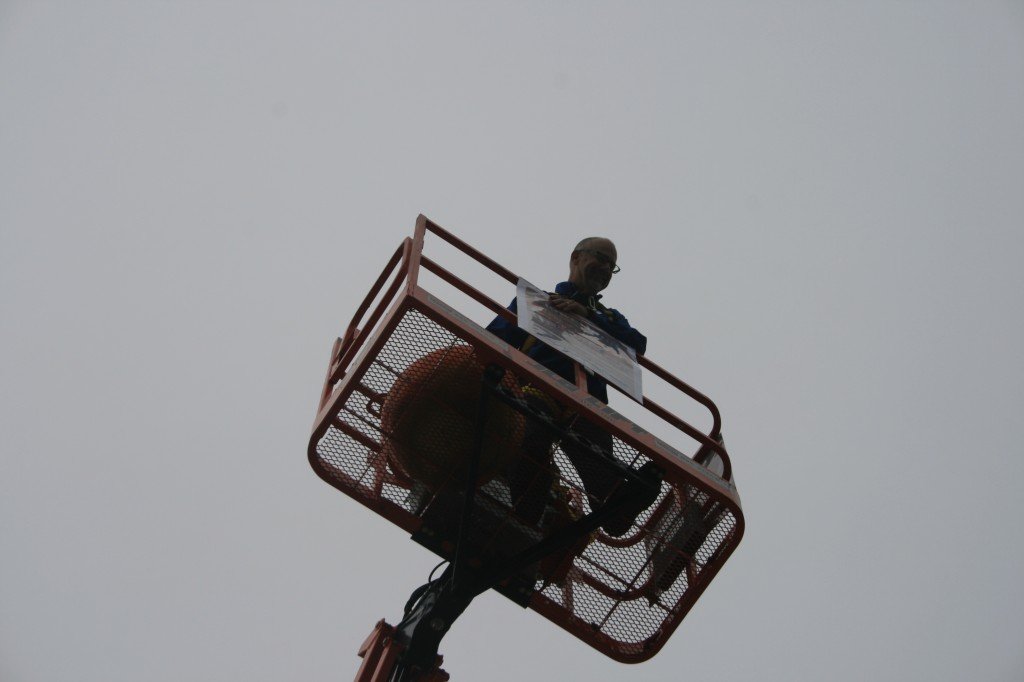 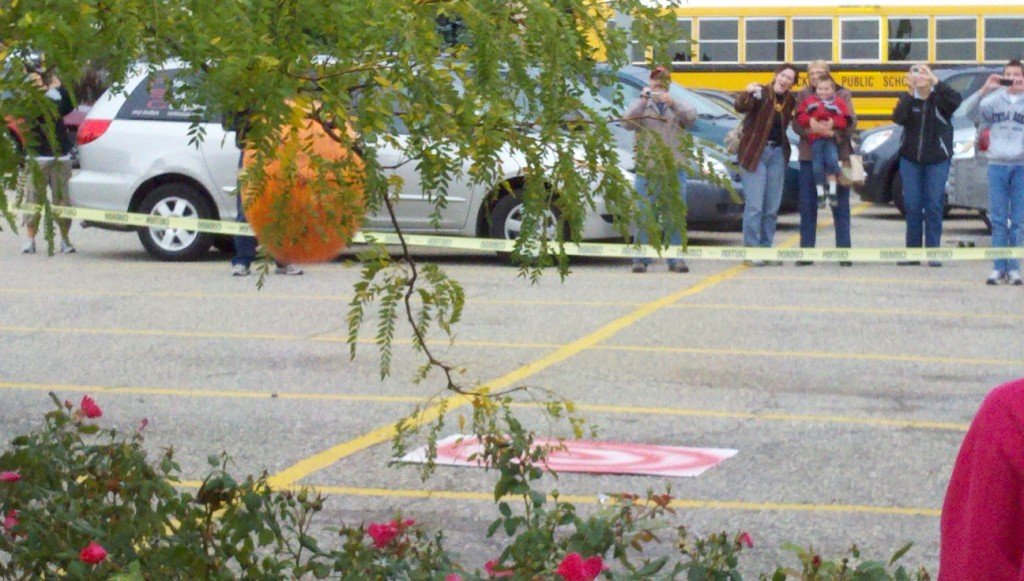 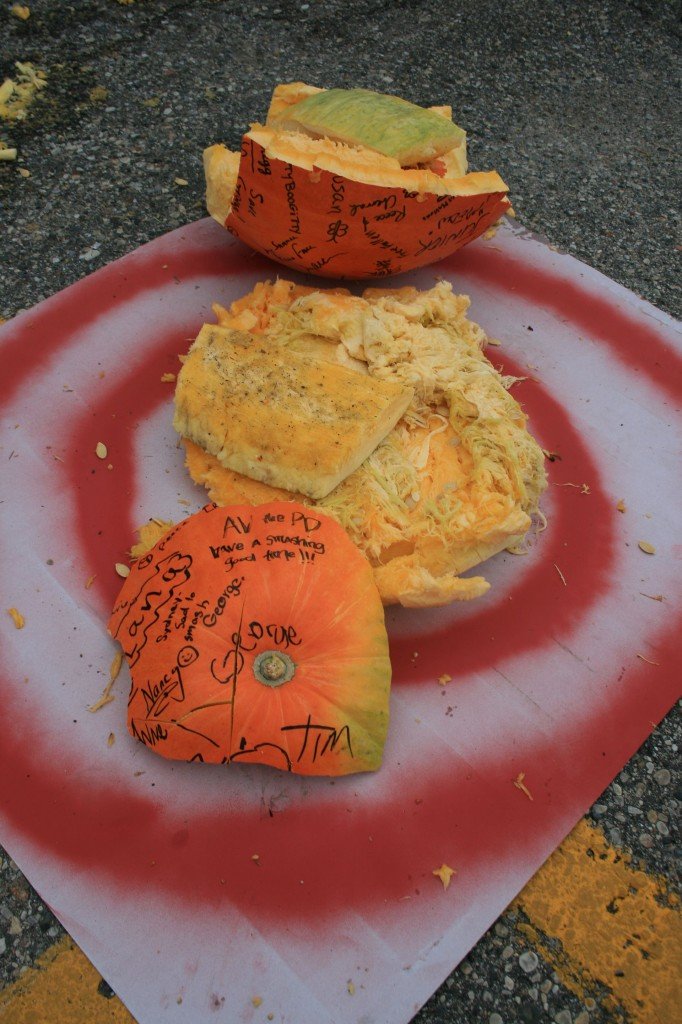 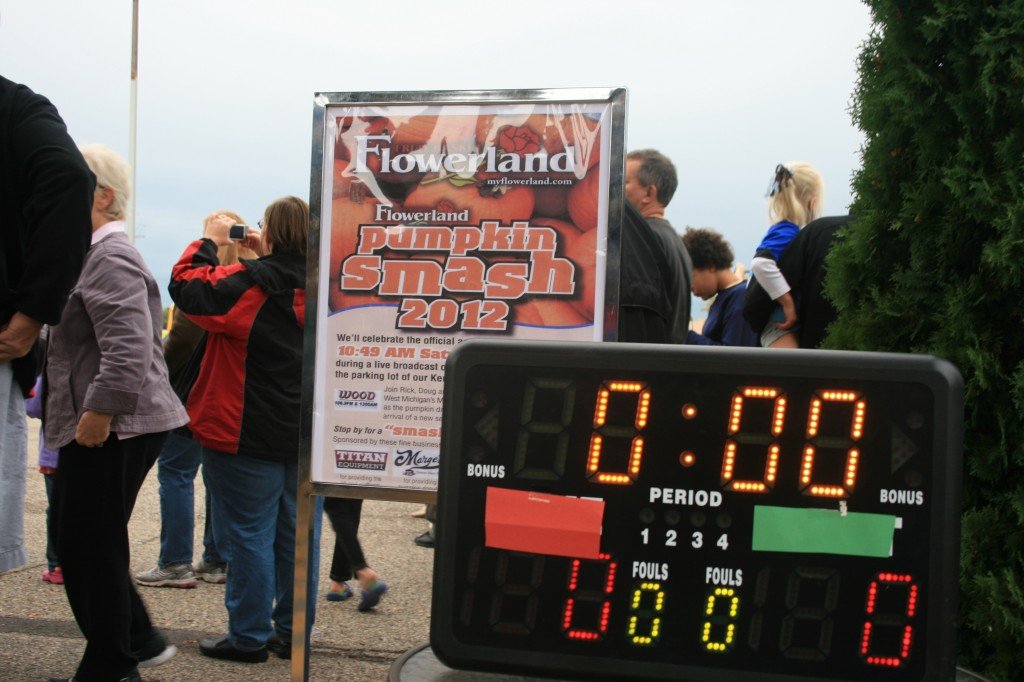