Everyone loves a good comeback story. The aging athlete returning to peak form in the championship game, the candidate counted out surges ahead on election night or the rock band you loved 20 years ago suddenly is in vogue again. The humble chestnut is enjoying that same resurgence lately and they’re not just for roasting anymore. American chestnut trees once covered our forests until a fungal disease wiped out almost all of them.

Today many are familiar with the chestnuts roasting Christmas song but few roast or make them part of their holiday diet. 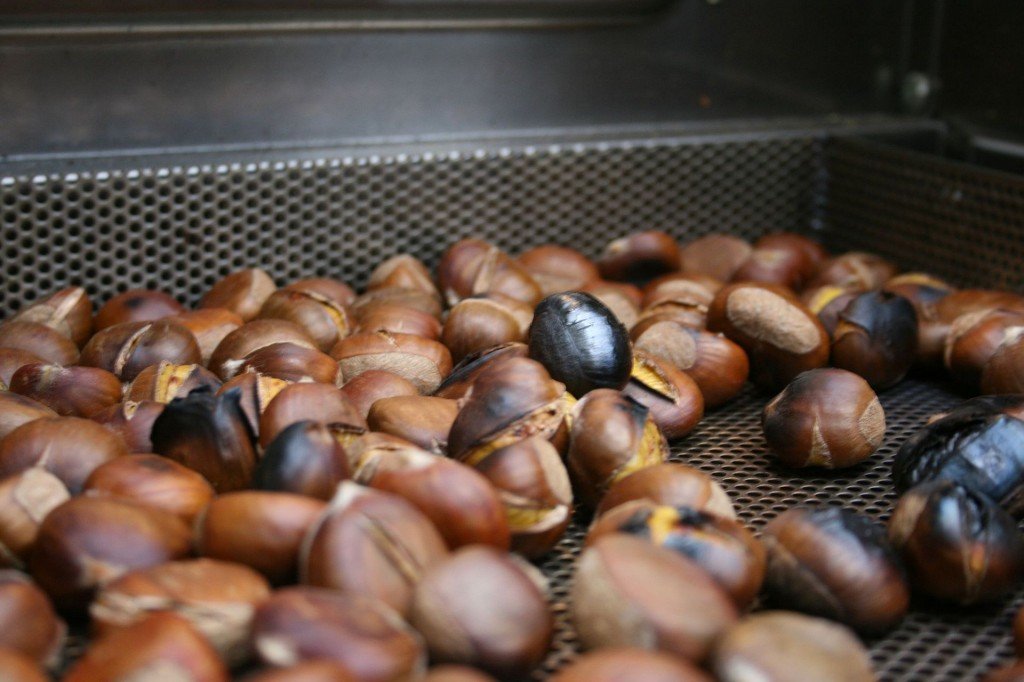 Chestnuts roasting on an open fire

The resurgence of the tree and the interest in the nuts have spurred alternate uses including holiday cheer. I noticed Michigan chestnuts are used in a Jolly Pumpkin Stone Special Holiday Ale along with white sage from California and Norwegian Juniper berries. Another Michigan produced ale uses chestnuts in a gluten free brew. Cheers! A lot more fun than having Jack Frost nipping at your nose.

The Chestnut and Chestnut trees have a long and interesting history. In an interview I did with author Diana Wells and her book ‘Lives of Trees’ she said years ago the nutritious nuts were dried and ground and stored in a drawer giving rise to the French expression “living out of a drawer” or being poor. Another expression lits de parlement or “talking beds” referred to chestnut leaves being used as mattress stuffing and the rustling noise when you turned over. It is estimated in the 1800’s every fourth tree along the eastern half of the country was a Chestnut tree. Fortunately plant pathologists are developing blight resistant replicas of the original tree so we can enjoy American chestnuts said to be tastier than their European and Asian counterparts. Today in a breeding technique called back-crossing an American Chestnut is crossed with a Chinese Chestnut. The resulting tree is crossed again and again until the only characteristic of the Chinese tree left is it’s blight resistance.

Roasting chestnuts is a romantic holiday experience….provided you score the nuts before roasting. If you don’t score them you will have a memorable experience of exploding smoking missile projectiles…not romantic but certainly memorable. You’ll also being eating healthy, chestnuts are low in calories, have less fat than many other nuts and could be considered a staple similar to potatoes or corn. They are also a good source of dietary fiber which gets my attention when trying to improve my cholesterol levels.

Thank goodness for the resurgence of the stately chestnut tree and the humble chestnut. A great comeback story of a nut that’s tough to crack.