Skip to content
Thank You Very Mulch > Garden Blog > Lawn-gevity > Having a Melt Down?

It’s good to see some green grass out on the lawn again. Water cooler conversations turn to “do you think it will be an early spring?”  For those who have read the Little House on the Prairie series of books by Laura Ingalls Wilder you shudder at the thought of 7 months of winter. The ‘Long Winter‘ was the sixth book in the ‘Little House’ series describing 7 months of blizzards in the severe South Dakota winter of 1880-1881. Without TV, internet or cell phones that is some serious cabin fever we’re talking about. 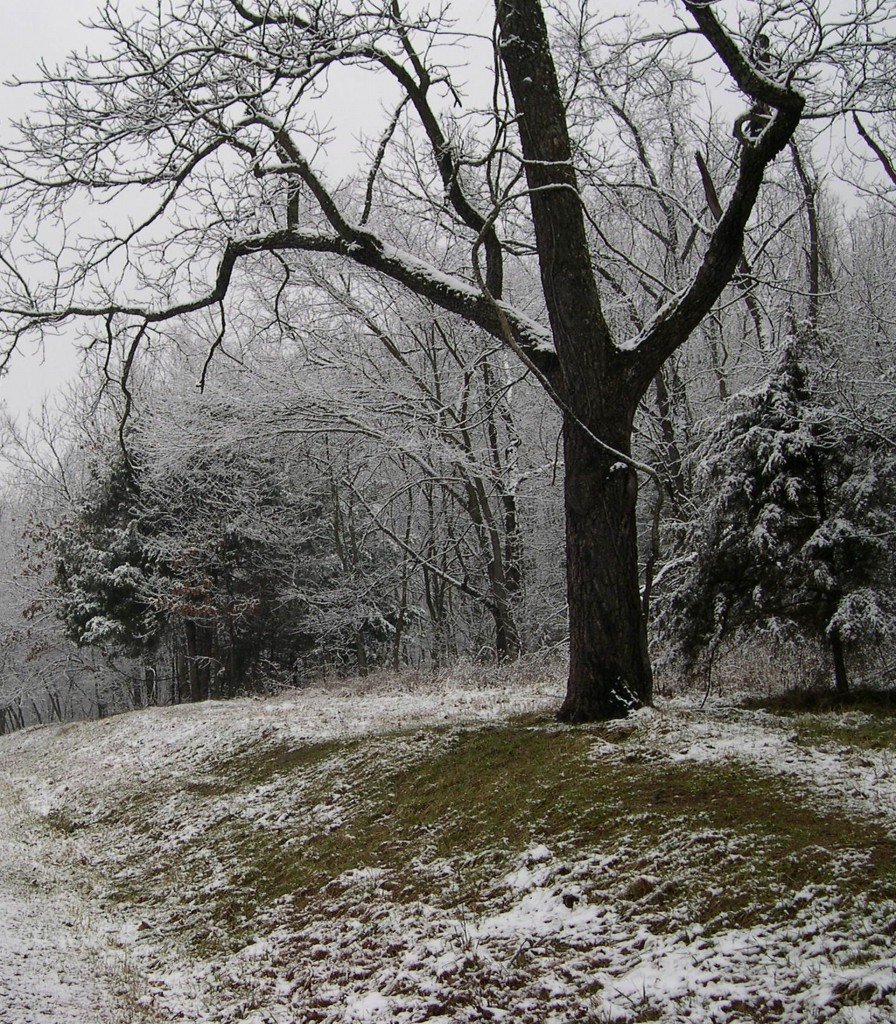 Fortunately we all experience a melt down at this time of year when a winter thaw teases us with thoughts of spring. Snow however is the great equalizer….everyone’s lawn looks the same in winter. When the snow melts it exposes the need for a little “lawn” and order.

Snow mold causes ugly patches of necrotic tan turf in spring. The grass blades are matted and appear to have a white or gray fungal mycelia or “slime” on the turf. Plentiful moisture and ground level temperatures a little above freezing can trigger snow mold activity.

The biggest environmental factor however is cover, whether it be leaves, snow or both. If you forgot to rake the leaves before the first snow fall last November that will just add to your problems. Extensive injury to turf is most likely to occur when snow has laid in place for months and then slowly melts. As the snow slowly melts the conditions of cover, moisture and ground and air temperatures a little above freezing exist. That’s why the most extensive damage is usually under snow piles as the snow takes “forever” to melt. The years I’ve seen the least amount of snow mold damage are years when we get a couple early heavy rain showers and warm temperatures quickly melting away the cover.

Another issue with your meltdown is snow that melts during the day can quickly turn to ice as temperatures drop. As the snow melts, do whatever you can to facilitate water movement if it is building or ponding in a low area to prevent overnight freezing and ice formation. Shoveling snow from poorly draining areas or shoveling channels or paths to help water quickly escape from lawns or piled snow areas could reduce the risk of winterkill injury. Melting snow and overnight freezing and prolonged ice formation is one of the times of highest risk for crown hydration winterkill injury.

Let’s hope that when old man winter decides to exit, the snow melts quickly. This of course is outside of your control. That’s why next fall help yourself by raking up the leaves before snowfall, aerate the lawn for good drainage to alleviate compaction, and drop the deck to a lower setting on the mower for your last cut so grass does not lay flat and matted under the cover of snow. If you take these precautions and nature cooperates, you may be able to avoid a spring “meltdown” at your little house on the prairie.