It’s time for March Madness. No, not the basketball type of madness, but the “I can’t believe what happened to my lawn under the cover of snow” March madness. Snow is the great equalizer, everyone’s lawn looks the same when covered with snow. When the snow clears we get to view the damage from voles, moles, snow mold and snow plows. Take the fuzzy lovable tiny vole……how much damage could this little fur ball cause? The answer is a lot of damage. Voles feed on vegetation and work under the cover of snow which provides cover from natural predators.

Voles are small rodent mammals that feed on plant roots, stems, leaves and seeds, grass and vegetation. They reproduce often and throughout the year with the ability to maintain high population levels under good conditions. You can help solve this pesky problem by changing the conditions in and around your landscape. In fall make sure to lower the deck on the lawnmower before the first snow covers the lawn. Cut back grass and weeds in adjoining field or wooded areas. Make sure landscape areas are cleaned up and as always, make sure landscape beds are not over mulched. Thick mulch provides cover for voles and is not healthy for plants. One to two inches of mulch cover is sufficient for landscape beds.

Look for their quarter sized entry and exit holes. You will often find these holes near landscape edges or along the foundation of the house. Place mouse traps near these entry holes. I bait the traps with a little peanut butter and corn kernels. I also drill a hole in the trap and use a 4 inch nail to secure the trap on top of the soil so when it snaps it doesn’t bounce and miss its intended target. Even this doesn’t always work as evidenced by this picture sent to me by someone who attended one of my turf seminars. The picture was taken from a phone so it’s not of the highest quality and quite dark. If you look closely you can see that’s a squirrel on the roof of the house. He pulled up a vole trap and carried it nail and all to the roof for a snack! 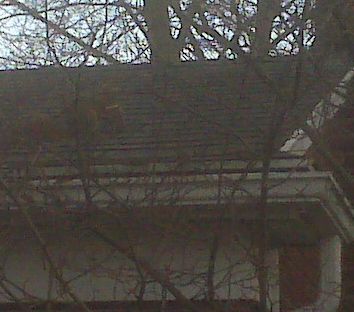 Another March madness issue at this time of year is snow plow damage. Snow plows can create a lot of damage to turf areas that doesn’t become evident until the snow has melted. It is a good idea to pull sod back over bare soil areas where it was peeled back by a snow plow. At the same time check for and repair broken irrigation heads. 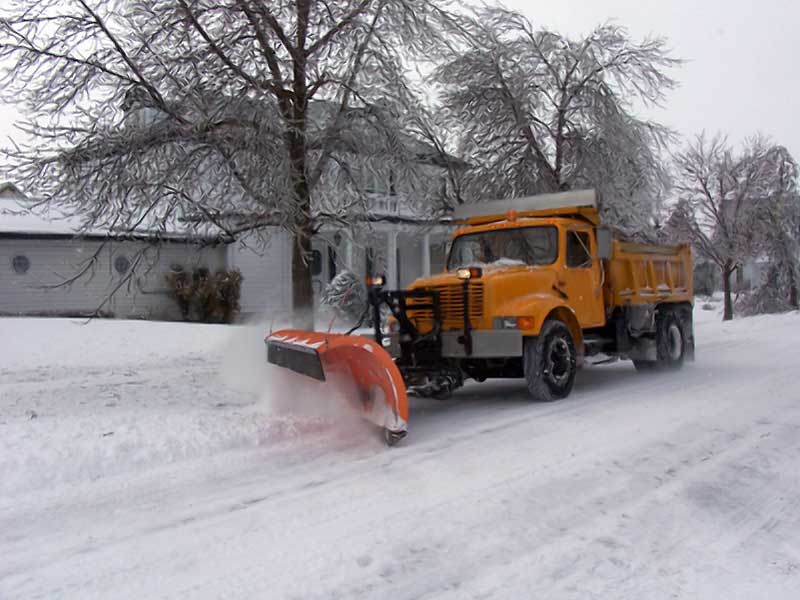 These torn up areas are prime locations for infestations of weeds as soon as the weather breaks. Bare soil is not a natural condition and crabgrass as an example is well suited to invade these areas. Bare soil combined with the quick soil warm up of road, sidewalk and driveway edges make these areas a haven for a bumper crop of crabgrass later in the season.

It’s time for March madness……here’s wishing you a winning season for your lawn and landscape!