Skip to content
Thank You Very Mulch > Garden Blog > Trees > We All Fall Down…..or do they? 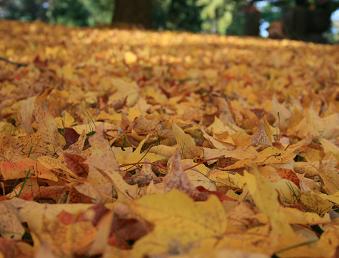 Ring around the rosies, a pocket full of posies, Ashes and Elms, Maples, Oak, Birch…..they all fall down…….or do they? Not quite the way the children’s nursery rhyme goes, but in November the question is often raised “Why does that tree still have leaves?” 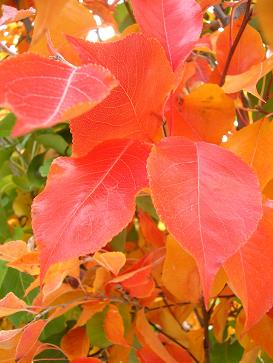 A good example of the last to “leaf”  is the Ornamental Pear pictured here. It’s foliage can be brilliant well after October and well after other trees like Maple have shed their leaves  for the season. Often those with an Ornamental Pear in their yard find themselves raking late in November or worse yet, cleaning up the slimy leaves next spring when the snow clears. This can create problems in lawn areas where fallen leaves under snow mat and suffocate turf areas in well groomed lawns. In some years like 2008 or 2009 early November has brought nice weather (by Michigan standards for November). Those trees less apt to drop their leaves remain foliated. They drop their leaves later when we have other things than raking on our minds, like decking the halls with “electric ivy” strung through the shrubbery and trees. Covered by snow they are forgotten until spring. 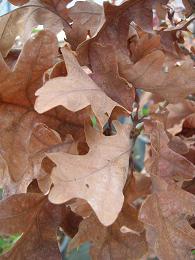 The end result can be a matted mess of leaves on the lawn under the snow.  Another perfect example that I’m sure many can relate to is the Oak Tree. The rustling of brown dry leaves on the trees can be heard to Christmas and beyond. Here’s hoping a wind storm blows them into your neighbor’s yard right? So why do we deal with this natural occurence on some trees in our landscapes while other trees like Ginkgo for example are better behaved, often dropping all their leaves in a day or two during October?

The answer would be the abscission layer of cells that form on the end of the petiole (stem of the leaf holding it to the branch). 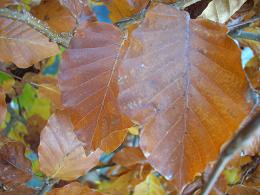 These abscission cells begin to form as the days get shorter and the leaves turn from green to less dominant pigment colors like orange, yellow or red. Some trees like the Beech Tree pictured here have “lazy” abscission cell formation as I like to call it……they don’t want the party to end and are the last to “leaf” and heed last call. In some cases they hang on until next spring until pushed out the door by new growth! Become familiar with the trees that are late for last call like Oak, Ornamental Pear or Beech in your landscape and try to get their fallen leaves mulched or cleaned up before the snow piles up if possible. Drop the deck of the mower to a lower setting in November so the grass doesn’t lay flat under the snow compounding the problem caused by those late “leafing” the party.