Its November, but that doesn’t mean the vegetable garden is done for the year. Long after plants like Peppers have frozen and Tomatoes succumbed to late blight, members of the Brassica genus and Cruciferae family known as Cole Crops stand up to the frosty weather! I stopped by the Brechting farm this week to look at 3 representatives of the Cruciferae family. 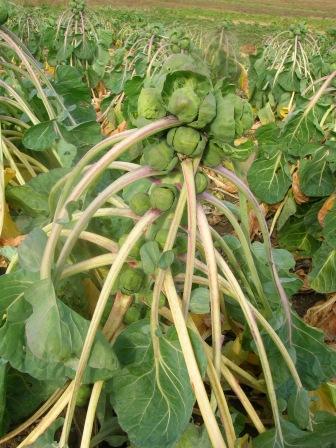 Brussel’s Sprouts, Kale and Kohlrabi all making a comeback in popularity. For natural fiber and vitamins, these cousins are tough to beat with alledged benefits against cancer. Frosty November weather improves their taste and they extend the gardening season! They have a great history too! Brussels Sprouts derive their name from the city in Belgium where they were cultivated in large quantities already in the 1300’s. The family name of Cruciferae is so known because of a four-part flower in the shape of a cross. Today Brussels Sprouts have new fans with a page “Friends of Brussels Sprouts” on 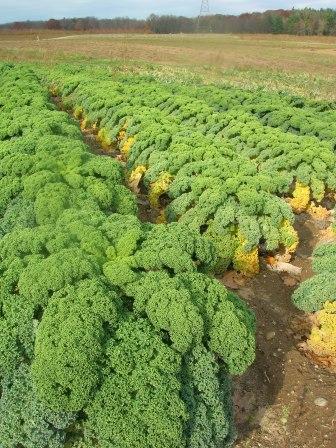 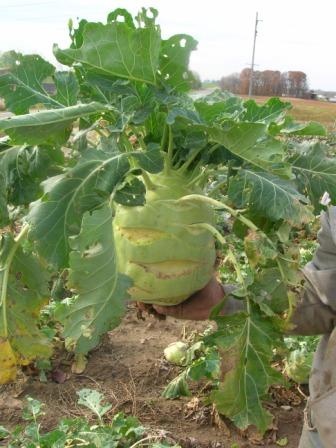