A common inquiry in October is why is my evergreen shedding needles? People “pine” for an answer to why their evergreen is turning color. A White Pine for example will drop needles dramatically from the interior, with needles turning yellow, then straw or brown c 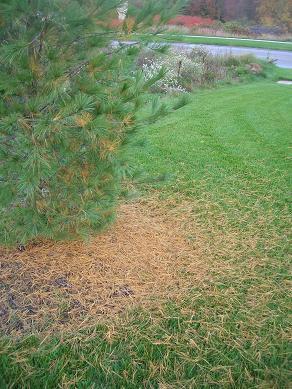 olor. Some people lose their “composture” thinking the tree is diseased, has insects or destined to be……good grief, a Charlie Brown tree! It’s important to understand that “evergreen” trees if healthy stay ever green, but the needles are not ever green. Each year evergreen trees will produce new foliage and shed some of their old foliage. The amount of shedding depends on the type of evergreen species. The most dramatic can be White Pine and Arborvitae which shed 1 year old needles and keep the new growth from earlier in the year. Most Pine trees retain needles for 3 to 5 years, keeping 3 to 5 years worth of needles on the tree at one time. White Pine is so dramatic because 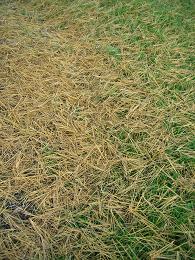 it sheds many of those 1 year old needles in October. It’s a good idea to rake up some of those needles to use as a mulch in your landscape, especially around plants like Holly, Azalea and Rhododendron. In summary, while deciduous trees drop all their leaves in fall, evergreens drop a portion of their needles in October……that’s why they call it “fall” right? The reality is all evergreens shed some of their needles, but some do it less dramatically retaining needles for up to 5 or 6 years like Spruce or Fir. The needle shedding goes unnoticed when new growth conceals old foliage shedding on the interior of the plant. If the needle drop occurs in October, odd 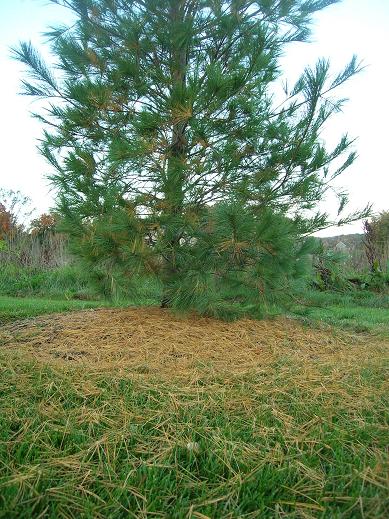 s are it is just the natural order of things. If needle drop occurs at a different time or is unusually heavy, it could be an indication of bigger problems like transplant shock, root damage, nutrient problems or drought.  In most cases, it’s just nature taking it’s course. Remember, even broadleaf evergreens like Rhododendrons will shed some of their old leaves. So relax as your tree exhibits some Charlie Brown characteristics…….before you know it, the snow will be flying and you’ll be stringing Christmas lights on that trusty old Pine!