Why did the tomato turn red? Because it saw the salad dressing. Nothing like a bad vegetable joke but don’t get stewed. Have a sense of “humus” even though this year has so far turned out to be the year of the green tomato. 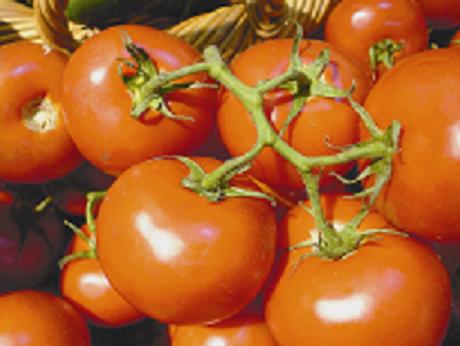 You don’t have to embarrass your tomatoes to get them to turn red. All season long we talk about how tomato plants need sufficient calcium in their diet and a good source of moisture to develop good fruit free of cracking and blossom end rot. That said, in a season like this where the temperatures have been cooler, especially night time temperatures, it can create a ripening problem. Overwatering in cooler summer temperatures can cause the plants to grow significantly in size and produce a lot of green fruit because flower drop has been minimized by the steady moderate temperatures and growth has been enhanced by your attention to water. Overwatering just like underwatering is not a good idea, it just gives different results. Make sure to adjust watering to weather conditions or your tomatoes will grow and grow and produce and produce in lieu of the finished product we’re longing for. Usually in August we have so many tomatoes and zucchini it becomes tough to give them away, you have to scheme how to put them on your neighbors front steps and run with out them seeing you. Well, don’t get stewed. Remember the tomatoes don’t have to ripen on the plant, you can wrap them in newspaper at room temperature to get them red. Ethylene gas regulates the ripening process on the tomatoes. Tomatoes will start producing this gas internally when they reach full size, and wrapping them with newspaper or cutting a stem of tomatoes will speed the process. When tomatoes are half green and starting to turn color called the “breaker stage” (breaker, breaker got your ears on?) an interesting thing happens to the stem they’re growing on. A layer of cells, similar to the cells that form in a leaf petiole in the fall season on trees as the leaves turn color and fall to earth, form in the stems of tomato plants sealing them off from the main vine. If the temperatures are cool and moderate, and the plant is getting more than enough water, they may be satisfied hanging out as “Gang-green.” Maybe a simple watering adjustment, not too much, not too little, adjusted to the weather pattern as opposed to a personal schedule pattern could induce some ripening. Looks like there’s going to be plenty of tomatoes come September!