What is “ADrift” [an ArtPrize exhibit] all about?

The swollen Great Lakes during 2019 and 2020 had record lake elevation levels creating significant erosion along the lakeshore. Each erosion episode left intricate patterns in the sand as walls erode and cave in. Dune formation is a dynamic, cyclic process. I chronicled the episodes with pictures through the lens of my camera because they were here today and gone tomorrow. They felt like an ancient archaeological find coated in brown sugar. The next day the pattern is gone. The famous photographer Jay Maisel said, “As people, we love pattern. But interrupted pattern is more interesting.” In 2019 and 2020, high lake levels along with storms, wind, and waves on the Great Lakes caused the undercutting of the foundations of majestic undulating towering dunes. In the wake of their collapse, dramatic and abrupt changes took place. Centuries ago a Maritime attacking tactic created the phrase “Between Wind and Water.” The few feet around the waterline on a sailing ship are alternately exposed to the air or water as the ship rolls through the sea. It was the area aimed at by gunners, as the seas would gush in through the damaged hull as the target rolled. That’s what I observed with the high water and waves as they crashed against the dunes. Struck at their foundation, the collapse was immediate and dramatic. As foundations built on sand crumbled, the face of the dune quickly changed shape as you can see from my pictures. It caused me to reflect that the undulation along the dunes was just like life in general. Just like the dunes, life has its ups and downs, peaks and valleys, high points and low points, and sometimes blowouts. We become accustomed to and accept the smoothly rising and falling undulation in our life as a pattern. When disrupted in dramatic fashion, the collapse of the foundations and the resultant new reality can be climactic, startling and powerful. 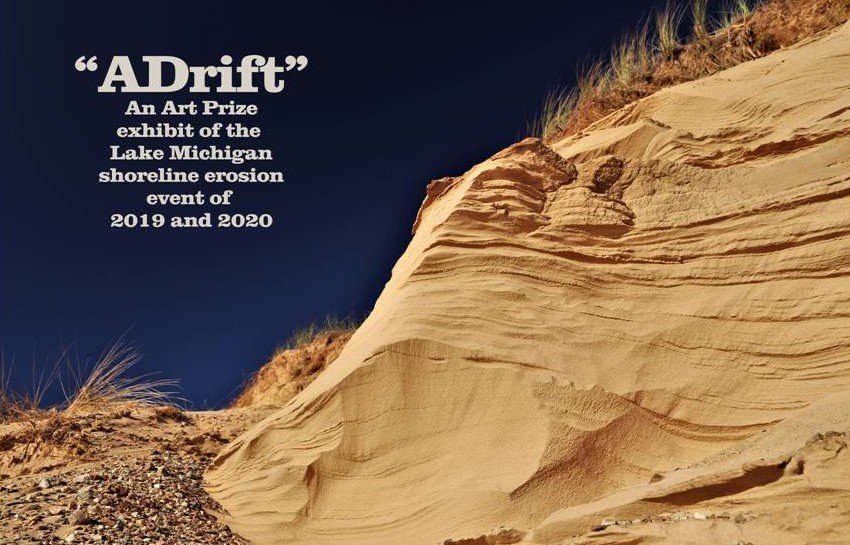 The photos in the exhibit “ADrift”, and the results of these dramatically powerful forces, I hope demonstrate — as hard as it is — the natural beauty of disruption. The “go with the flow” undulating patterns in our life, and the disruption set in our paths, is for a purpose. It’s what you do with the inevitable out-of-your-control disruption that is relevant. When the pattern moves from the expected undulation to unexpected dramatic change, we have choices as to how to react. The photos of disruption in “ADrift” are my personal ponderance through the lens of my camera of such things. Talk about drama. It’s dramatic with a cast of characters each playing a role. Wind, water, waves, grains of sand, vegetation, sun and storms each have a role played out in four seasons or “acts” called Winter, Spring, Summer and Fall. I walk along the beach and marvel at the dunes with their soaring peaks and valleys. You can’t see the wind but you can see its handiwork. Dune sand consists primarily of quartz with lesser amounts of feldspar, magnetite (the “black sand” you often see on the beach that looks like an oil spill) and traces of other minerals, such as calcite, garnet, and hornblende. Sand particles end up rounded, frosted and polished by continuous collisions with other sand grains. Coastal sand dunes are fragile places, ever changing, ever evolving. Without the humus of clay or fortification of stone, the sand is quickly changed in shape and structure by wind, water and human activity.

My photography for the exhibit “ADrift” is based on the significant pattern shift of the dunes when significant wet weather along the Great Lakes basin and record water levels on the Great Lakes caused dramatic erosion of these fragile places in 2019 and 2020. Now that lake levels have receded from their peak levels we can watch Marram grass begin to take hold of the dunes and — like plants always do — save the day. But the photos I captured remain. They make up:

Purchase a photograph of “ADrift” here: https://thankyouverymulch.com/store/
“ADrift” – an ArtPrize Exhibit
September 15 to October 2, 2022
at the Hyatt Place – Grand Rapids/Downtown
for ArtPrize 2022. (A very special thanks to both Scott and Joe at River City Reproductions, Steve Colthorp at 3C studios and Jack McPherson for our driftwood adventures)

NOW AVAILABLE: I Need to Change My Plants

An uplifting book of stories, history and how Plants saved the day!

What they’re saying: “Highly recommend this book. Such a fun, interesting read, especially in 2020! I think this would make a great gift idea this holiday season for the person in your life who’s a plant lover or will be a plant lover once they read this!” -Cindy

“This book is jam packed with information and stories told in an entertaining way!” -Bill

Please head over to Books for more information. Or, you can: 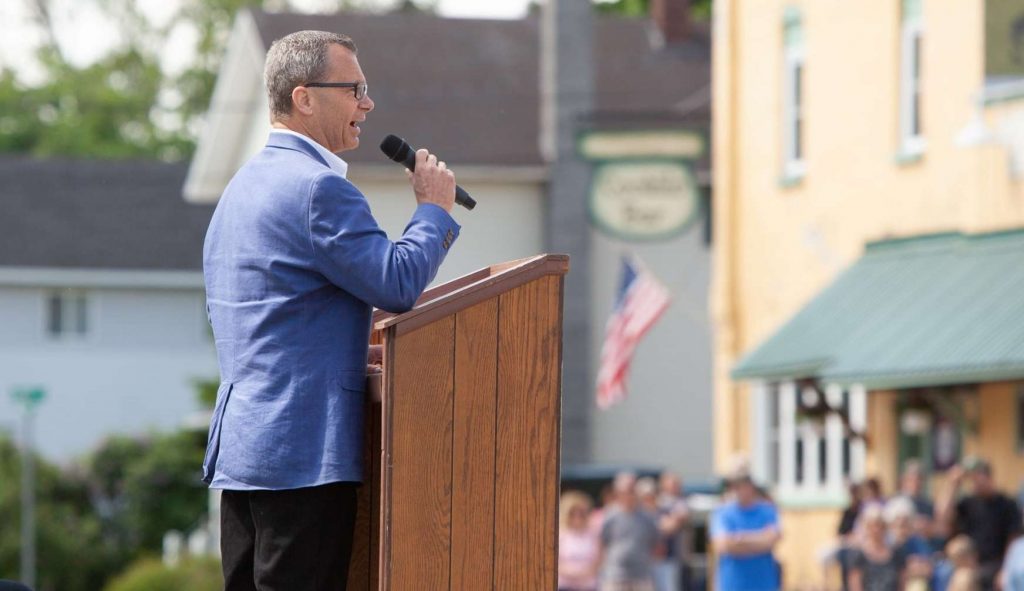 If you’re looking for an entertaining, informative and motivational presentation for your group, event or organization, please Contact Rick!